I called my mom on Skype last night to interview her about this recipe (beaming in all the way from Paris!). I was corrected within two seconds that no! It was not stuffing, but dressing! Pourquoi mommy dearest? Well! Because it is not cooked in the bird.
Jump To Recipe 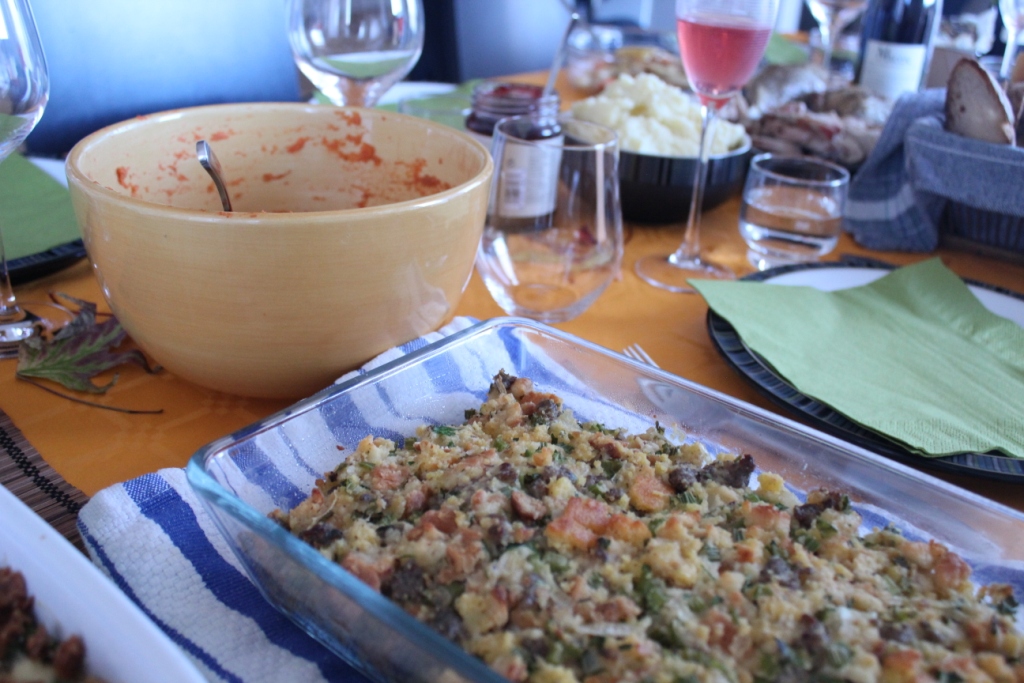 I called my mom on Skype last night to interview her about this recipe (beaming in all the way from Paris!). I was corrected within two seconds that no! It was not stuffing, but dressing! Pourquoi mommy dearest? Well! Because it is not cooked in the bird.

So there you have it folks:

Stuffing = Cooked in the Turkey!

Not to be confused with Dressing which is… you guessed it… not cooked in the bird!

The recipe has been passed down through three generations. My grandmother would actually make two 13×9 casserole dishes of stuffing. One for Thanksgiving, the other…. frozen for Christmas. ick! Not sure how I feel about that. Or was it a time-saving technique? hm.

My mom’s addition to the recipe: actual measurements! haha!

It’s actually unique in that it combines two stuffing dressing traditions in the US. Dressing and Stuffing are based in bread. The North typically works with a white bread that has been dried out. The South.. the most southern thing there is- Cornbread! nom! My family’s recipe combines the two: half cornbread/half biscuits. hm but I guess biscuits are rather Southern as well. 😀 So perhaps a bit more Southern than Northern.

I called my mom about three weeks ago for the recipe, right before they were planning on flying to London. I wanted to make it for our Parisian Thanksgiving celebration that weekend. What I received was a recipe that was three pages long. In typical Molly-style, I started it the night before the get together at about 8pm. At about midnight, three glasses of wine in, the dressing was done and had a corner missing, strategically not pictured in the photo below. 😉

Top Tips from the Madre:

– Make the biscuits and cornbread the day before if possible or dry out the cornbread in the oven for about 30 minutes at 200 degrees after it has cooled.

– The recipe is made with a dryer cornbread. Most cornbread is sweet and contains quite a bit of liquid which doesn’t lend itself to dressing.

– Toasting the sage ups the flavor. To do this pick the leaves off fresh branches of sage. Lay on a parchment lined baking sheet in one layer. Toast in the oven for 20-40 minutes at 200 degrees until leaves are completely dried out.

– We usually half the recipe! The full recipe makes enough servings for 12 people.

Tips for Making Dressing/Stuffing in France:

– Sage is hard to find- dried or fresh! Ask at the market. You might just find some hidden. 🙂 I actually did the whole recipe just using the sage sausage and it turned out just fine!

– Marks & Spencer’s has sage sausage which is perfect for this recipe.

– Cornmeal is also difficult to find. You can substitute with polenta- it’s just a bit grainier. Here’s a Polenta Cornbread Recipe.

– For buttermilk, use lait fermente found at the supermarket or add some lemon juice to regular milk and let it sit for 5 minutes before using.

– Use Type 55 flour. If using other types, add just a bit more to make up for the difference in weight. 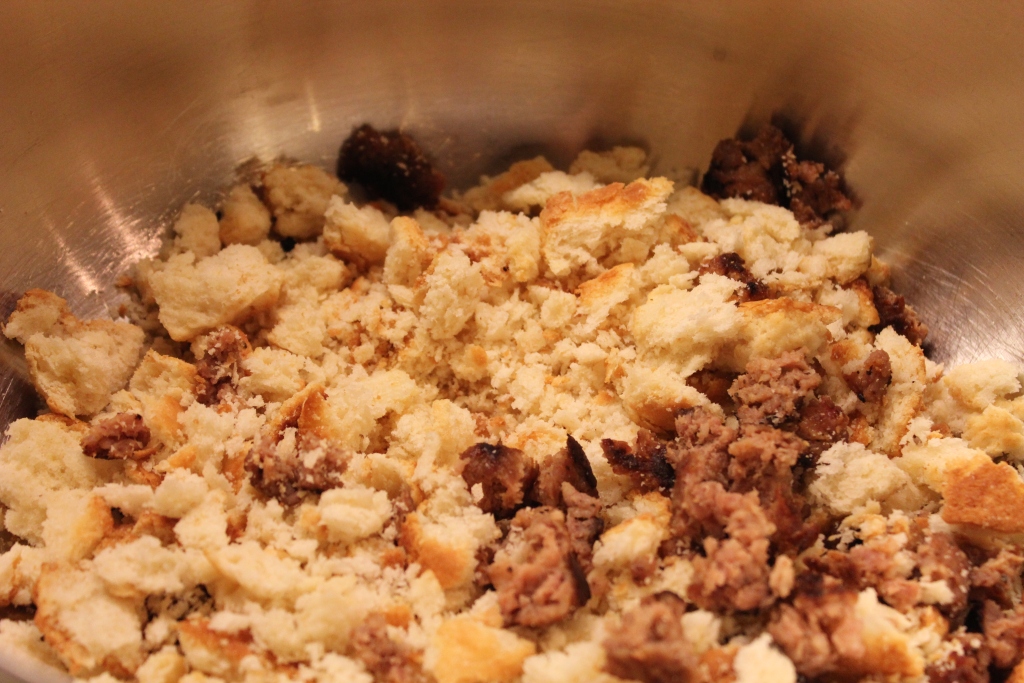 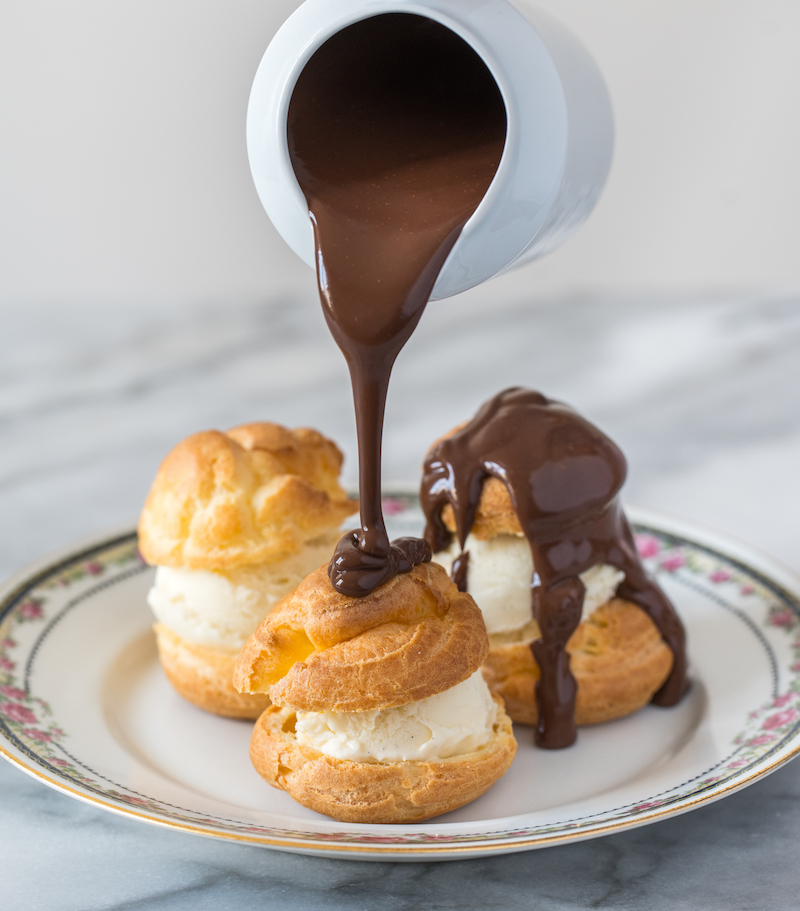 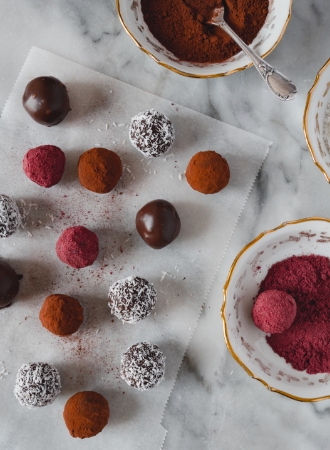 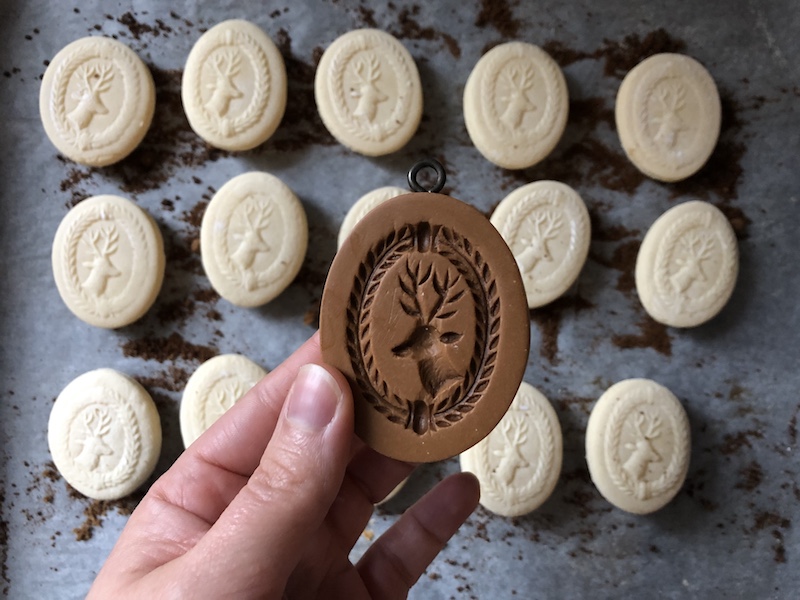 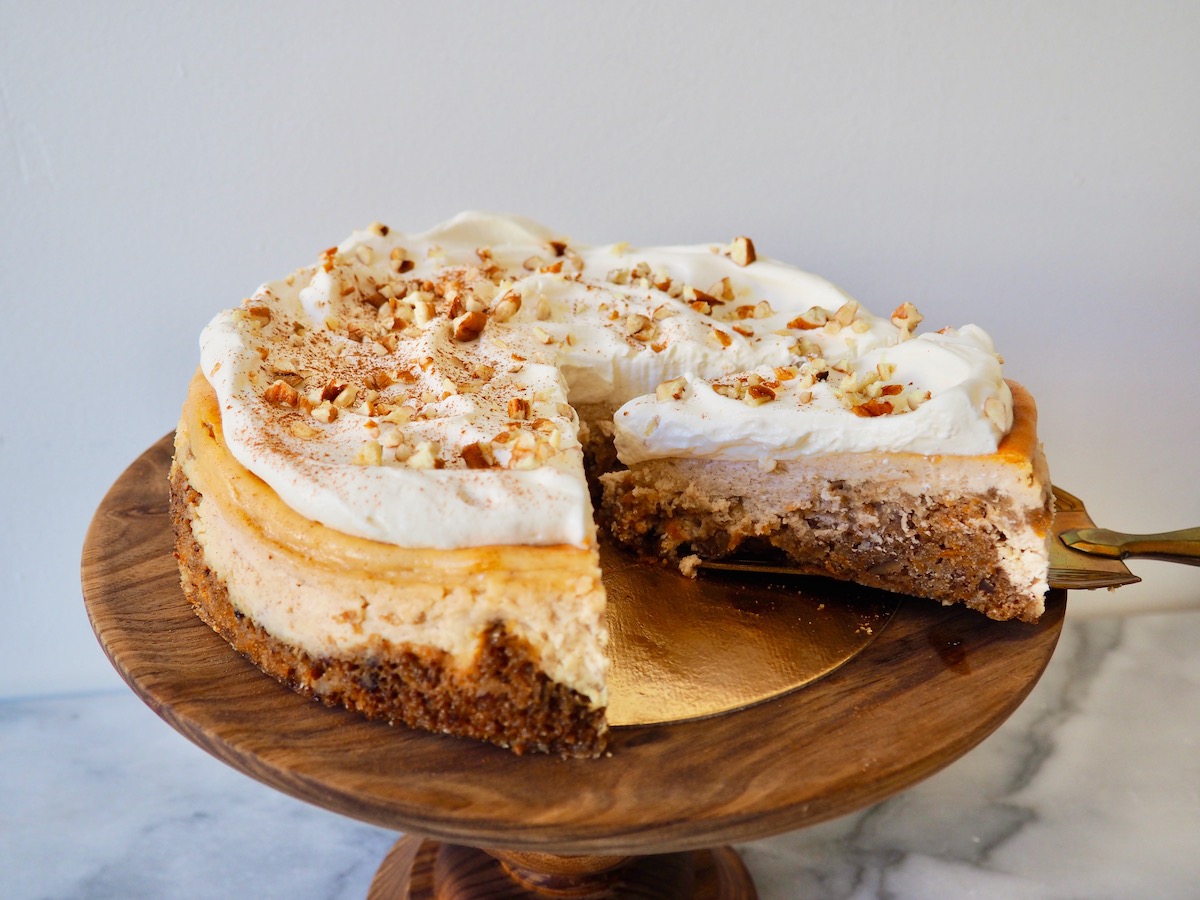